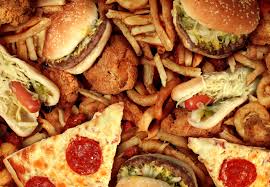 Fast food is a way of life in America: that’s why we’re all fat and miserable with heart disease. There are some places that do it better than others, and that’s something to be commended. Having worked at a fast food place for a while, it takes a certain type of person to get everything right, without collapsing into an empty shell of a person. This is the A-Team of American fast food.

The Wendy’s Twitter alone gets them top 5 status. I’d never seen such sassy clap-backs from a brand before: Wendy’s is truly iconic. The food is lacking in some areas, but excels in others. For instance, I’ve never had a bad Baconator any of the hundreds of times I’ve been to Wendy’s. Another thing that separates Wendy’s from your Burger Kings and your McDonald’s is the environment that exists in the restaurants. You’ll never see a Worldstar video taken in a Wendy’s, they shut that shit down REAL quick. Good for you, Wendy’s.

Yea, I said it. Domino’s is a fast food place. Any place where I can get an entire day’s worth of greasy fat and calories in less than 20 minutes is a fast food spot, and 96 Parmesan bread bites definitely fits that criteria. Domino’s is the old faithful, your first fast food love. You have (hazy) memories of ordering 2 larges for 7 dollars at 2 o’clock in the morning, and half an hour later, devouring both of them in less time than it took for them to get there. Very few people I’ve talked to have eaten Domino’s sober, but that’s not the point, the point is that when you need them, they’re there with 3 orders of cheesy bread and some lava cakes. God bless you, Domino’s.

As an employee at Dunkin Donuts for the last 6 years, I feel qualified to pass judgement on this premium caffeinated beverage establishment. I’ve had all their fancy douche bag drinks that take 15 minutes and a consent form to make, I’m not rocking with Starbucks because of them. I go to Starbucks because the quality of workers they have. Never once have I seen a Starbucks employee make someone wait in line because they wanted to take a smoke break. Never once have I seen a Starbucks employee tell a customer they were out of something because it was too annoying to make. Never have I seen a Starbucks employee yell at a customer, although I have seen a customer yell at a barista, who took it in stride with a smile on her face. Whatever Starbucks is doing to keep quality workers in what usually is a shitty minimum-wage hellscape, they need to teach other companies. I want the customer experience of Starbucks, without paying 6 dollars for a Colombian roast.

“Popeye’s chicken is the shiznit” Right you are, early 90s Adam Sandler, right you are. I never really liked fried chicken, my parents didn’t make it at home because it wasn’t “healthy”, so I never really had it until I was baked at a Bullmoose music shop and saw one down the street. Upon arrival, I was captivated by choices, but what should I get? The thing that stuck out on the menu was the popcorn chicken, so that was what I ordered. After a reasonable amount of time, my golden nuggets of chicken came out, and when I took my first bite, I felt something grow inside me. It wasn’t food poisoning, (“It’s a Popeye’s, not a KFC”, I thought to myself at the time) but a taste of something fresh, something I wasn’t supposed to eat, but how could something this good be so bad for you? The answer came about 2 hours later when I googled how to make those beautiful crispy poultry bombs for myself. I don’t blame you Popeye’s, you’re just selling happiness, you’re perfect just the way you are.

This is it: the alpha, the omega, the reason for being. 5 Guys has perfected the fast food formula to the point where people consider it an actual restaurant. Wendy’s, BK, and McDonald’s could dip their fries in liquid heroin, and they still wouldn’t match up to the golden standard that 5 Guys has set. Every time I order fries at 5 Guys, the workers pack my bag full of fries like they’re going out of business. The burgers at 5 Guys feel like gourmet burgers, but without the exorbitant price. I have a friend who used to work at one, and he says it’s without a doubt the cleanest restaurant he’s worked in, and a fast food place being cleaner than a full service restaurant is incredible. This next dose of greasy fat and cholesterol is for you, 5 Guys, you’ve earned it.