Every morning at 8:30 I awake to the gentle, soothing sounds of “GET UP BITCH, GET UP BITCH, GET UP BITCH GET UP!” Juicy J has a knack for getting me out of bed. After jamming out with Mr.J for a minute, I get up, get dressed, and put on something more relaxing, (I’ve been leaning towards Mac Miller’s Swimming lately). Then I get into my car and push play on my “Driving” playlist, belting out lines from “99 Problems” while stuck in traffic. After properly hyping myself up for work, I start to veer off in different directions while I try and make 8 hours of Dunkin Donuts tolerable. After finishing my shift in Hell, I like to put on something happy to offset all the stupidity that I usually have to deal with working retail. Music is a constant part of my life, and I wouldn’t have it any other way.

Life’s better with a soundtrack, in my opinion. Most of my memories are hazy and faint, but certain songs crystallize these fragments and make them feel more significant. My life is divided into genres of music. I first started listening to Dad Rock (Zeppelin, Aerosmith, Pink Floyd, The Who, etc) in middle school, because that’s what my parents listened to, and I had nothing to compare it to. As I grew up, I started to branch out and explore other genres. Ironically, I got into rap with Cypress Hill, before I started smoking weed. I don’t think many people can say the same. Cypress Hill introduced me to a whole different sound: that dark, ominous production style that DJ Muggs birthed. Cypress Hill introduced me to a bunch of old-school rappers that I probably wouldn’tve had access to before; Snoop Dogg, Eminem, The Alchemist, Dr.Dre, Kottonmouth Kings (yikes) These were my staples up until college. These were the people I listened to and took advice from, as stupid as that is.

The songs I used to listen to on repeat don’t hit me the same: they have a hint of nostalgia to them. Every time I listen to “Hits from the Bong” I flash back to those worry-free days, smoking a dime bag out of a bong I made out of a liter bottle, a pen, and a trumpet mouthpiece, thinking I was on top of the world. Now, I look for music that blows my mind. For example, the first time I heard “Space Song” by Beach House, I was blown away, I’d never heard anything like it and I had to have more. It took me by surprise that something that awesome had been waiting for me, within my reach. I usually hate change and trying new things, but I’ll listen to pretty much anything once. I don’t understand it, but it’s exposed me to so many different artists that I would’ve shrugged off otherwise.

Whenever I’m feeling shitty, or unhappy, or tired, or angry, anything really, music can 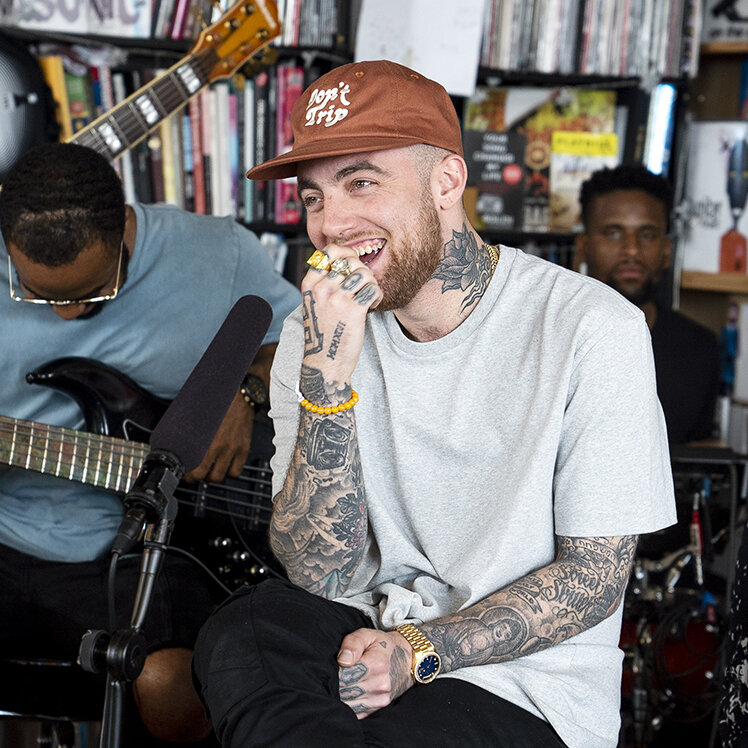 change that, and that’s incredible to me. If work’s got me down and miserable, I put on Malibu by Anderson .Paak, and 15 minutes later, I’m belting out the words to “Heart Don’t Stand a Chance” with a smile on my face. That is something precious, there aren’t many things that effect my mood anymore. I can put on Jay-Z and feel like I can take on the world. I put on Mac Miller and close myself off to that world. Music is also something I use to relate to people: I’m not a big “people” person, I’m quiet and grumpy, and don’t like meeting new people. That all changes if I find out you like the same music as I do, I’ll probably like you a whole lot more and be nicer to you than if you kept it to yourself. I don’t know what I would do if I couldn’t put on my headphones and escape for a while. I’m sure I probably would’ve snapped long ago.