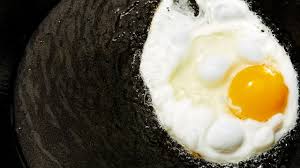 “Shit, I actually have to get up and do things now. I wonder what happened to Shaggy?”

“Ok, so Shaggy was a Marine who served in the Gulf War and sang to pass the time. Let’s see if I can find any pictures of him in uniform, because that doesn’t sound true”

“Shaggy is an interesting dude, I didn’t know there was a recognized legal defense based on “It Wasn’t Me”

“Huh. I was supposed to do something today, I probably should’ve written that down so I would’ve remembered”

“I wonder if squirrels have names for each other. I wonder what my name would be if I were a squirrel. Squirrel is such a weird word, who came up with that?”

-1 deep dive into the etymology of the word “squirrel” later-

“Damnit, I was supposed to take the trash out for the garbage people today, guess I’ll have to survive until next week.”

“What should I have for breakfast, I’ve been in a toast kick for a minute, but I don’t have much time, so I should have cereal or something quick.”

“I wonder how many Cheerios are in a box, has anyone ever counted them?”

“Shit, I’m late for work, I don’t have time to finish breakfast”

“Why is there so much traffic, I didn’t know this many people lived in this town, what the hell?”

“Everything at work is broken, this day will probably suck. An Always Sunny and Workaholics crossover would be great, I wonder what that would be like”

-Write a spec script on the back of a receipt-

Only 9 hours before I get to go home…